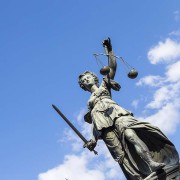 Extensive experience in a wide range of commercial litigation (including, but not limited to, areas such as construction, IT-projects, insurance, mergers and acquisitions, company law, agency and distribution, liability for consultants) in the courts of law in Sweden.

Counsel in a number of cases under the ICC, the SCC and the UNCITRAL Rules.

”Enforcement of an Arbitration Award against States and State-Controlled Entities” (Swedish report delivered at AIJA Annual Congress in Sydney 1998).