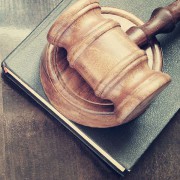 Magnus is an experienced commercial lawyer and project leader in mergers and acquisitions, including auction procedures, as well as in litigation and arbitration proceedings. Having served as a judge, Magnus has worked with Swedish and international commercial law from 1998. Over the years, he has acquired in-depth experience from numerous complex cases and projects, including a wide-ranging variety of problem areas as well as agreements of the type that arise as a matter of course within any company or enterprise.

His experience also includes many instances of risk management and risk assessment in purchasing and sales situations in environments varying from IT companies and other IPR-intensive areas of activity through to traditional manufacturing industries. The larger-scale projects he has managed include standard contracts for development and purchasing for a leading telecoms company, general conditions for the purchasing of consultancy services for a large medical company, and reconstruction projects for subcontractor firms in the automotive industry.