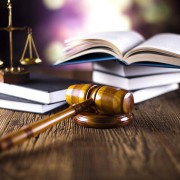 Since being admitted to the Swedish Bar in 2000, Michael Lettius has specialized in Competition Law (advising as well as merger notifications and extensive litigation).

Michael Lettius has represented clients across a wide range of industrial sectors including the energy, pharmaceutical, construction, tobacco, and automotive industries. For the latest 10-12 years his practice has become more focused on various forms of commercial dispute resolution and international work. In 2017 he concluded the SAA/SCC Training Programme for Arbitrators.